A special thanks to our listeners and readers

Thank you, listeners, for your attention and kind words these past few years as we’ve built Writers@WRUV on 90.1, WRUV-FM. We’ve been all about Vermont fiction, essays and poetry. Your calls and emails tell us that you have been, too.

We’re going on indefinite hiatus. Doubtless we’ll be unable to resist hosting and posting the occasional reading from WRUV, so please do stay tuned. In the meantime, you can use this site to listen to our archived shows and use the list below to locate your own copy of The WRUV Reader, our 2012 anthology of the best writing heard on Writers@WRUV.

Find your copy of The WRUV Reader in Burlington and online.

Finally, thanks so much to our authors, who donated their time and their work. All proceeds from The WRUV Reader benefit media education at The University of Vermont, and your work allows us to make that education happen.

Listeners, if there’s any writer who you would like to hear on the radio, you can still reach us at Writers@WRUV.org.

Till then, keep it locked to your better alternative, WRUV-FM, 90.1 in Burlington. 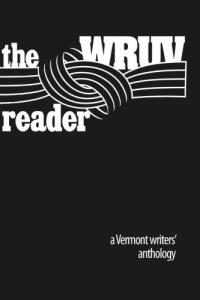 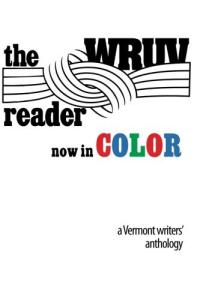 A reading by 2 up-and-coming student poets

Today’s show featured student-poets Theodora Ziolkowski and Amy Hood, whose credits include publication in literary journals local and national. Theodora is also the first student-poet we feature in The WRUV Reader, our brand-new collection of fiction and poetry by Vermont writers featured on the WRUV airwaves.

Theodora Ziolkowski is a 2012 graduate from the University of Vermont with a degree in English. Her work has appeared or is forthcoming in Harpur Palate, Prairie Schooner, Gargoyle Magazine, Caesura Magazine, Vantage Point, The Salon, The Burlington Free Press, and Concert at Chopin’s House, an anthology of Polish- American writers. In August 2011 she participated in the Seminar in Advanced Poetry at the Frost Place in Franconia, Vermont. She is the recipient of the UVM English Department’s Benjamin Wainwright Prize for Poetry. A writer of both fiction and poetry, Theodora plans to pursue an M.F.A. in creative writing.

Amy Hood (for whom a photo is, sadly, not available) is a student born in California and New Jersey-bred. She is an English-French double major at the University of Vermont. She enjoys baking at odd hours of the morning, knitting, dying her hair, and the ocean. She started writing at 14, when she made friends with poetry books, parks, and the old maples that fence in her backyard in New Jersey.

For more of Theodora’s writing, check out The WRUV Reader, which is also available on Amazon.com.

Suzi Wizowaty reads from The Round Barn

Before and after the reading, the author speaks of her new role as a Vermont state legislator, the unexpected collegiality she’s found among the politicians in Montpelier, and the best way to find the “writing angels” needed to produce great fiction!

Listen to the show.

Read the excerpts as they appeared in Suzi’s book.

Suzi Wizowaty is the author of the children’s novel A Tour of Evil (Philomel, 2005) and novel for adults, The Round Barn (Hardscrabble Books, 2002), a BookSense 76 pick.  She has won a Sydney Taylor Manuscript Award for an earlier novel for children as well as grants from the Vermont Arts Council and the New Jersey State Council on the Arts.

Wizowaty has worked as a reporter, editor, bookseller, librarian, teacher and non-profit administrator. Currently she teaches writing at Champlain, St. Michael’s and Burlington colleges and leads occasional book discussions for the Vermont Humanities Council in libraries, hospitals and prisons.

In 2008, she ran for the Vermont House of Representatives in the two-member Chittenden-3-5 district, and, as a writer, she frequently blogs about her experience in the legislature.

Our first guest, Philip Baruth, reads from an unpublished story, “American Zombie Beauty,” in a show first broadcast on Oct. 15, 2009.

In the story, written for inclusion in an upcoming collection of writings about the Grateful Dead, Baruth imagines a world in which the Grateful Dead and the, well, simply dead have a lot more in common than you might think.

In an interview before and after his reading, the author speaks about his writing life, his political blog and what he’s reading now.

Listen to the show.

Philip Baruth is a novelist and a regular commentator for Vermont Public Radio. His commentary series, “Notes from the New Vermont,” has focused since 1998 on both the national and the local, the deeply political and the undeniably absurd.

Baruth lives in Burlington, Vermont, and has taught at the University of Vermont since 1993.  His most recent novel, The Brothers Boswell (Soho Press), is a literary thriller, tracing the famous friendship between James Boswell and Samuel Johnson, author of the first modern dictionary.